While in Rome, we rushed off to find the Woman Pope!  My study group and I heard rumors about her – and we wanted to find out more…

For over a thousand years her existence has been denied. But, her story will not die–Pope Joan,

It is widely said that she is a legend, apocryphal – a hoax… But, was she?

It didn’t take long for us to find this beautiful statue of her that still stands in Rome… Joanna with papal crown. Why is her statue there?

I think of this possibility every day — as “Woman Pope” has been my computer access code for the last 10 years!!

Of course, all 266 other popes are male… but this is a story of a woman in disguise.

It is said that Pope Joan reigned as John VIII from 855-859, in the strange gap between Pope Leo IV (847-855) and Benedict III (855-858). Apparently, she ruled the highest office possible in the Catholic Church – with greater spiritual and governmental authority or power than any other woman.

MY SPEAKING  ABOUT ME  ENDORSEMENTS  BOOKSTORE    ARTICLES  DONATE

This is your official invitation to discover greater access to all that is yours… it is an invitation to begin exploring an exciting adventure. It is a journey into rest.

We are told to enter into the REST… but how? Here are some great ideas!

You will receive a daily message. Each one is a concept to add to your life. Each message will enhance the rest – with ideas that will grow and help you see what has hindered you. These ideas will increasingly expand for the rest of your life.

This idea of slowly learning life changing aspects is not new. It is based on a Japanese principle called Kaizen: the practice of continuous improvement. The Bible says it is precept by precept, here a little there a little… like  how rain drops to bring us nutrients and life.

I am very excited to share this teaching with you.

The course starts whenever you do! Each day, you will receive an intentional email delivered to you – one day at a time. Some messages are short and some are a bit longer – just take time to be aware to consider each idea during the day.

The Need for Nakedness

At the center of the created universe, the first couple stood as the crowning glory of creation — naked and unashamed. The Lord God looked at that naked couple and said it was “GOOD.” There are times when being naked are in God’s perfect will.

It all points back to the fact that naked humanity was created in God’s image and likeness. Of course, we know that consciousness of sin came at the Fall and the need to cover their shame with leaves and then skins immediately seemed necessary.

The point of this article is that as Christians, we often clothe ourselves with fig-leaves of social and ministerial expectation. Surely, the Lord is speaking to us about taking off the leaves of shame and sin — and becoming more authentic, and not trying to bamboozle our way through life trying to be something or someone else.

There is some ambiguity in the translations… some assuming that the word for “naked” wasn’t really being naked. Perhaps, translators tampered with the original Hebrew and Greek, because they found nudity too embarrassing. But, the study of the original language seems to substantiate nakedness means “no clothes.” But, whatever you believe is fine… Historically, a loin cloth or underwear wasn’t typically worn during this time.

Hebrews 4:13 (NKJV) “And there is no creature hidden from His sight, but all things are naked and open to the eyes of Him to whom we must give account.”

We want to proceed with caution on this topic, understanding that “underneath it all” nakedness represents the purity of living as a Christian without pretense.

Opposition to Women in Ministry

Recently I was thinking about the church’s preoccupation with rigid doctrine and how it is often misused to suppress others. There is a particular opposition to Women in Ministry. The very precious Word of God that should set us free is used to entangle us in bondage and laws.

When I pastored a church in the 80’s-90’s, there was a blatant opposition me being a woman in leadership.

One prominent local pastor piously told me that I didn’t have his “permission” to start a church there in Guam.

Often the local pastors gathered together outside our Friday night services and picketed our building. While waving their dreadful signs about me being “Babylon the Great Harlot,” they cried out to those passing by, “You’re going to hell, hallelujah!”

Yes… it was other Christians who opposed me – not the devil! Not wickedness from the pit of Hell. Those were the pastors who waged war on me. They used those few texts of Paul to try and keep me stopped. These men felt justified by Scripture to try and diminish, dominate and control not just me but all the women in their churches as well.

There were endless times of trial – of being preached against from nearly every pulpit – of being lambasted on the radio and newspaper… What was going on? We were locked and chained from our building… the city would not allow me to have communion or any sacrament in our church! We were often on the front page of the newspaper as we tried to apply to the legislature for new zoning and being radically opposed (we did win).

The more I studied, the more I understood that Paul really was trying to set women free. During that time, I traveled to Turkey and Asia Minor to learn about how our interpretations of these Scriptures have become misunderstood.

I finally realized that all this opposition was great publicity! People flocked all the more to our church and the miracles soared. I had to get above the noise and accusation and realize that God was for us!

Beloved… you are fully acceptable to the Lord. He has called each one of us to be his emissary.

The GOOD news is that I have developed an online course about women being created to lead.  You can get it HERE! 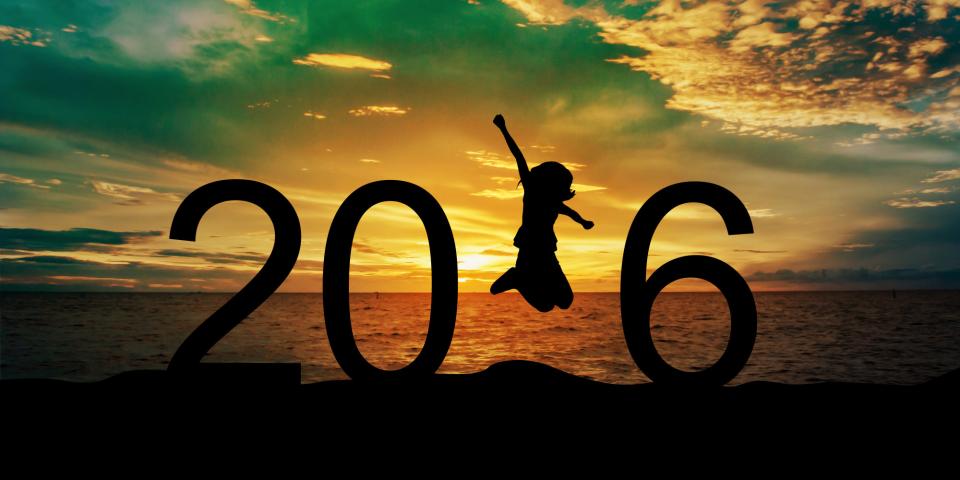 10 Fabulous Reasons to NOT Set NEW YEARS GOALS THIS YEAR! 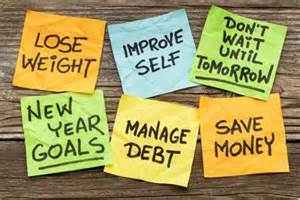 Beyond building your next TO DO goal check list – is there anything else?

I mean really –- of course there is benefit in building your goals, but… if you really want to live the life of your dreams, is there anything else to consider?

Just for a moment, could you look at your life as a journey? An ongoing expedition that is far greater than a few lists for New Year’s goals. Perhaps your life has more purpose than you have realized so far?

It is important to ask the right questions and take a moment for introspection.

WOW! That’s a hard one for some of us! Of course we think we are – most of the time. Through obligation and responsibility we can find accomplishment. But, what do you feel deep inside when you ask this question? Just sit there a minute and think about it — How do your mind and your body respond when you ask yourself about happiness?

WHEN DO I FEEL ALIVE?

Think back. Is it when you are having an adventure, helping others, traveling?  Maybe when you sing, or are with family. This is a clue to manifesting the radiant manifestation of LIFE.

Here we are, once again, at Christmas time and most of us are unable to find the fullness of that longed for Promised Peace. Seems more and more that we are surrounded by a social system stirred with storms of war and terrorism.

Many have searched for peace. In memory of his soldier son who had died in the war, Henry Wadsworth Longfellow wrote these famous words:

I heard the bells on Christmas day

And wild and sweet the words repeat

Of PEACE on earth, good will to men.

How can we find peace? Jesus lived and died to establish many realities that stretch even beyond the salvation of our soul. Among many reasons, He died to create a new society upon this earth – one that is able to dwell in His presence and embrace His PEACE in our hearts in this world (Lk. 2:10, 11, 14). Even amidst the turmoil of this hour, Jesus is our only PEACE.

DIVISIONS and discord have long existed. Archeologists explain the temple court in the New Testament times as having an elevated platform for the priests, with separated sections for the men and women. On the other side, the Gentiles were able to peer through.

Many times in the past, I have found myself spending hours researching conference ministers and speakers, to make sure we had just the right fit. Lots of times, we just went with those we knew already.

I pastored a successful local church for over 14 years and now travel internationally as an apostolic prophetic conference minister.

I have created resources that will help you develop your future impact in the Kingdom!

Thank you for considering to invite me to minister in your area.

It is our policy as a ministry to prayerfully consider every invitation that we receive.
You can read more on my website! And you can also find tons of endorsements there.
Please contact me at the email listed … spake@mindspring.com

Gold Fever is the true adventure story about the Northern Adventure of the early Gold Prospectors!

From Nome to the Yukon, this forgotten adventure interweaves the fascinating history of many of the early gold prospectors and settlers who shared in this “Gold Fever!”

How did they do it? It was life as it will never be lived again. You’ll get an insider’s look on survival in the most difficult circumstances.

I want to just tell you as plain as I can about the School of the Apostles, how it works, and what it will do in and for you, your ministry, or your church.

The School of the Apostles is a 12-module Online coaching program with LOTS of information, teaching, videos, and resources ABOUT gaining an apostolic mindset and APOSTOLIC AUTHORITY..

Our goal is to help you expand your influence so that you can have greater IMPACT in the Kingdom for good. This course will help you rightly develop and deliver the Gifts that the Lord placed inside of you.

This video is an auto-generated voice… but I hope you will enjoy it!

WHAT DO YOU GET?
You get the VERY BEST Ministry advice out there — and a ton of stuff!
There are 12 modules – one each month. These modules come with videos, e-Books, guides, and worksheets to help you discover how to increase your effectiveness. Plus, there are PDFs, resources, hard bound books, and more.

Join us at the School of the Apostles   https://kluane.com/resources/school-of-the-apostles/

Dr. Kluane is an apostolic prophetic conference minister and speaker who speaks about bringing today’s church into correct reform. She teaches on topics related to leadership, Church Government, and the Finished Work.

Each meeting is individualized with a Spirit filled customized presentation to meet your specific needs.

Every talk is different!

The goal of this ministry is to facilitate the outcome you want to create.

If you are looking for a Christian Keynote speaker or an apostolic prophetic speaker —  I can promise that she over delivers!

Get your FREE Ebook!

If this Link does not work, please cut and paste https://www.paypal.com/cgi-bin/webscr?cmd=_s-xclick&hosted_button_id=LJBK5XLK4SBQ6
or email me at dr.kluane@kluane.com